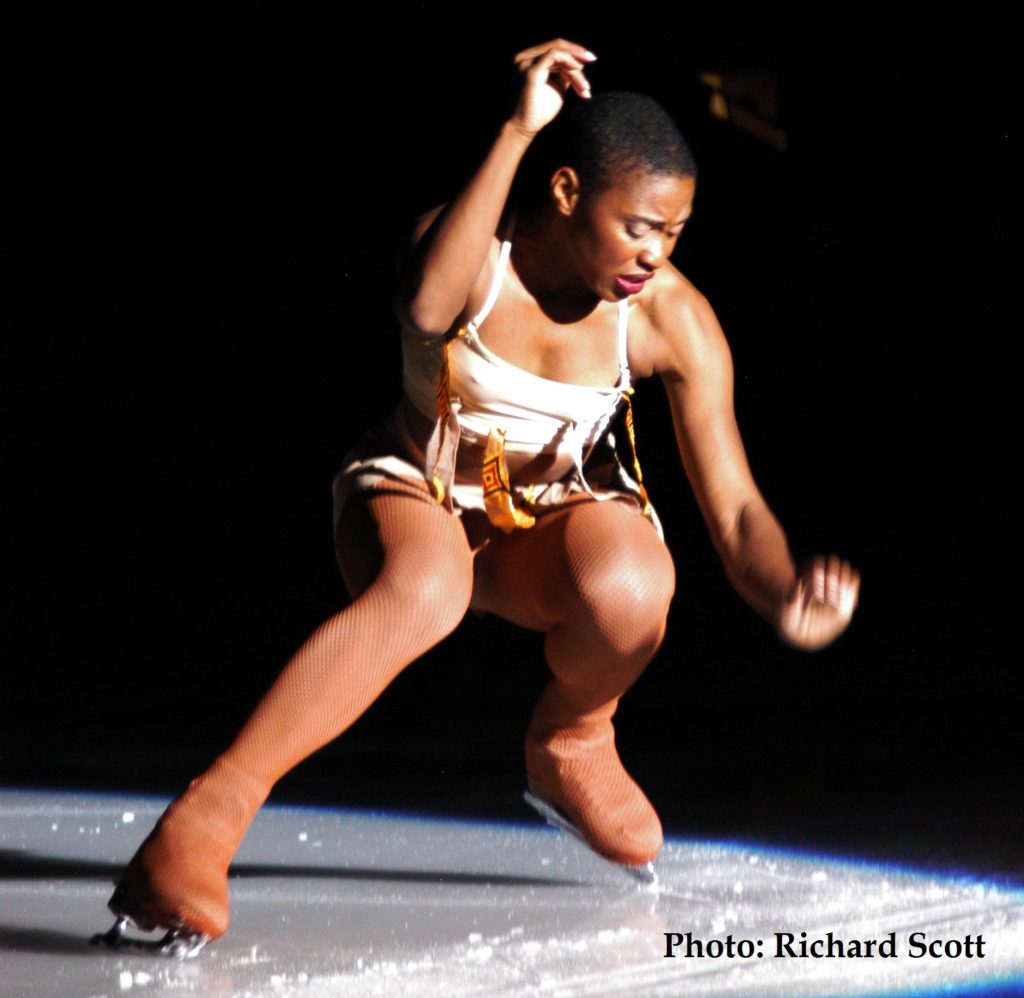 A solo, this work takes place on the ice and is focused on Saartjie Baartman, also known as the “Hottentot Venus.” Playing with the tension between stoic observers in the performance space and the pain expressed by the soloist and soundscape artist, the solo takes place in a small space to highlight the restricted spaces individuals such as Saartjie were allowed to inhabit in western civilization. 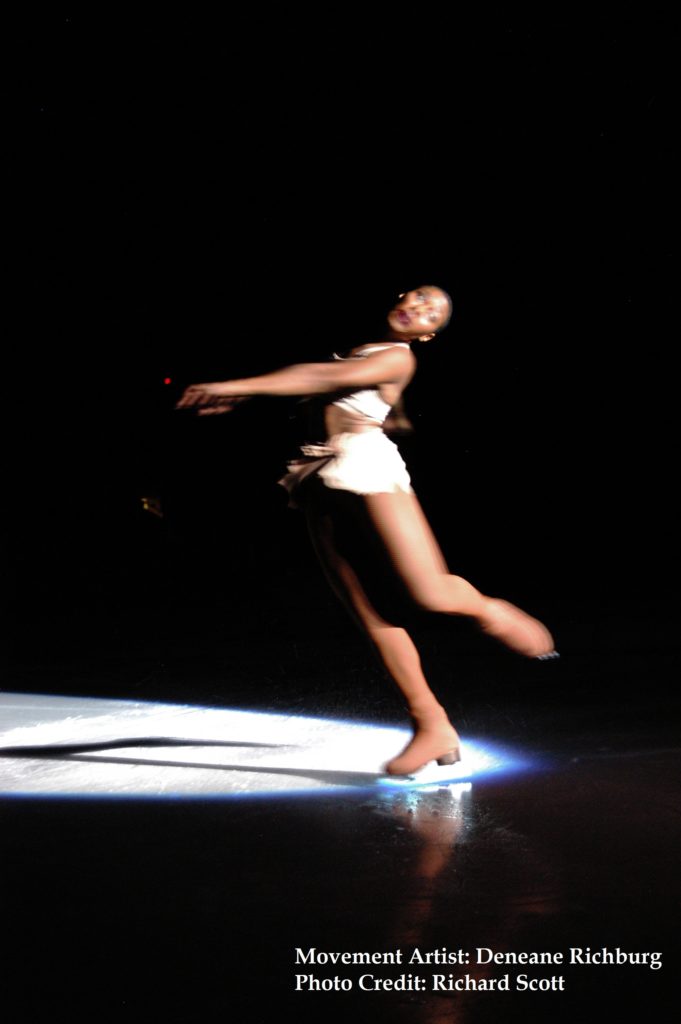 Unable to easily pronounce Saartjie, she was renamed, Sara Baartman. In the early 1800s Saartjie, a member of the Khoi Khoi ethnic group was taken from her home in Capetown, South Africa to London by the brother of her Dutch employer. At this time, according to Euro-centric standards, Baartman possessed a large posterior and an extended labia minora. Additionally, in Europe there was a general fascination of anything that was not indigenous to European soil including beings, cultures, artifacts, and animals. The brother of Baartman’s employer intended on profiting off of publicly exhibiting Baartman.

From London Baartman was taken to Paris where she was spotted by Georges Cuvier, a prominent French scientist. Claiming she was much too valuable of a “specimen” to be paraded around in side shows, he brought her to his lab to study and conduct various experiments on her. A few weeks after arriving at his lab, she passed away—she was in her mid-twenties. Cuvier made a plaster cast of her body, performed an autopsy and dissected her genitalia—displaying them in pickling jars and the Musée de l’Homme in Paris. It was not until May 2002 that her body was returned to South African for a proper burial.

One of the most tragic elements of Saartjie’s saga was how her humanity was denied—how, in the eyes of many of the Europeans that paid money to see her, she was not a feeling, complex, thoughtful, and whole human being. Instead, she was, as Barbara Chase Riboud articulates, “…a thing –that-should-never-have-been-born, a creature made in Eve’s image, yet, unlike her, not part of mankind. [Saartjie] was a female who was the missing link between beast and man, a wonder of nature created only for the delectation of discovery by hordes of Parisian customers, who for three francs could, from a distance, contemplate the form and color of monstrosity.”